The DLG Group continues to conquer Europe's largest agricultural country France – now with five French factories. Vilofoss has made a joint venture with the family-owned company ARC, which makes Vilofoss market leader in the French market for piglet feed. 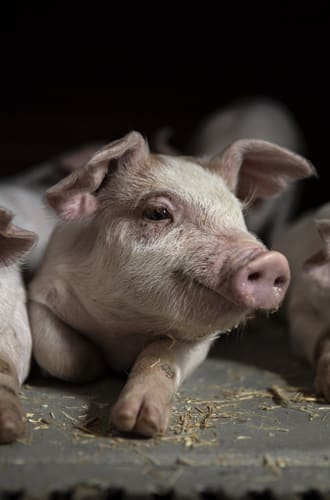 The DLG Group's key premix and nutrition business continues to strengthen its position as one of the largest businesses in the European market. The latest strategic initiative is the collaboration with the family-owned company ARC, which is based in Brittany.

“France is one of the most interesting markets for our vitamin and mineral business. With the new joint venture with ARC we now have five factories in the French market, which makes us strong in the entire livestock business area involving premix and nutrition for both pigs, cattle and poultry. Vilofoss France and ARC will become the market leader for piglet feed and account for nearly 20% of the French market for piglet feed. The goal is to have a market share of 25-30% in 2023,” says Group Executive Vice President of Vilofoss, Jacob Holm.

The ARC feed factory is ideally located in the north west of France and is strategically important for the French market.

“ARC has been highly specialised in piglet nutrition for more than 25 years and offers a complete range of feeding solutions for piglet weaning. In addition to piglet feed, the factory also produces chicks prestarters, assuring them a vigorous start to their growth. The factory is entirely dedicated to young animal health and nutrition and supports flexible production and high level of responsiveness. This plant is recently equipped and organized with 2 dedicated lines and has vacant production capacity which makes is possible to gain further market share," explains Jacob Holm.

French feed factories
ARC is primarily selling to the French market, but they also have exports to Germany, Czechia, and Russia. At the same time, there are clear synergies to the DLG Group's piglet feed, and also the DLG Group’s French activities at DanHatch, which is one of Europe's largest and most efficient hatcheries companies.

“The collaboration provides new knowledge and innovative products in the DLG Group that strengthen our competitiveness – especially in the specialized piglet feed area. It will also strengthen the DLG's PrimeFeed piglet feed range, which we in collaboration can expand to several countries. One of ARC's strengths is the professional level and innovation within specialty feed without use of antibiotics,” says Jacob Holm from Vilofoss.

Vilofoss has built an international group of poultry specialists and they already cooperate with DanHatch on the sale of poultry mixtures. In 2017-2018, DanHatch purchased shares in four French hatcheries. Poultry activities are a central part of the DLG strategy ‘Leading the Way 2021’, and must be seen in the context of the Group's other poultry activities, including the companies Danæg and DanHatch. 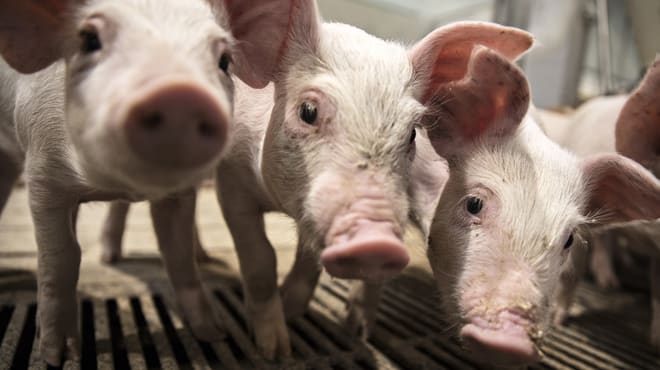 “The cattle mineral factory is the most modern vitamin and mineral factory in France, and it has produced entirely according to plan for the past several months. We are experiencing great interest from agricultural companies in France to cooperate jointly with Agrial. The collaboration is proceeding very satisfactorily, and we are continuously expanding the cooperation, which will help to increase our sales going forward. We expect the factory to account for 20% of the cattle mineral production on the French market in three years. So France is one of our most important markets in the DLG Group.”

About Vilofoss
Vilofoss is the third largest business in the European vitamin and mineral market for livestock production with a turnover of more than 0,4 billion euro in 2017. Vilofoss now have 15 factories in six countries in Europe and six factories in China. Vilofoss have sales companies and agents in 17 countries and they sell to more than 60 countries on all continents and have more than 500 employees. Vilofoss is also among the best earning business areas in the DLG Group and it is a business area with an ambitious and international growth strategy. Read more www.vilofoss.com
Forside DLG Group Press News Vilofoss enters new strategic alliance in France
Tilbage til top