Every year, Denmark imports about 1.7 million tonnes of soybean meal, or approx. 0.7% of global soy production. Most of the global production comes from the Americas such as USA, Brazil and Argentina.

At DLG, we import 900,000 tonnes of soybean meal a year, which is primarily unloaded at the Port of Aarhus. As one of Europe’s biggest agricultural companies, we see it as our responsibility to show the way towards the responsible consumption of soybean meal.

Therefore, in summer 2019, we committed – as the first Danish agricultural company to do so – to ensuring that all the soybean meal we buy in 2025 will be produced responsibly and without causing deforestation according to the guidelines of the European Compound Feed Manufacturers’ Federation (FEFAC) for sustainable soy. In August 2020, we joined the Danish Alliance for Responsible Soy because we wish to engage in broad collaboration to address the challenge. 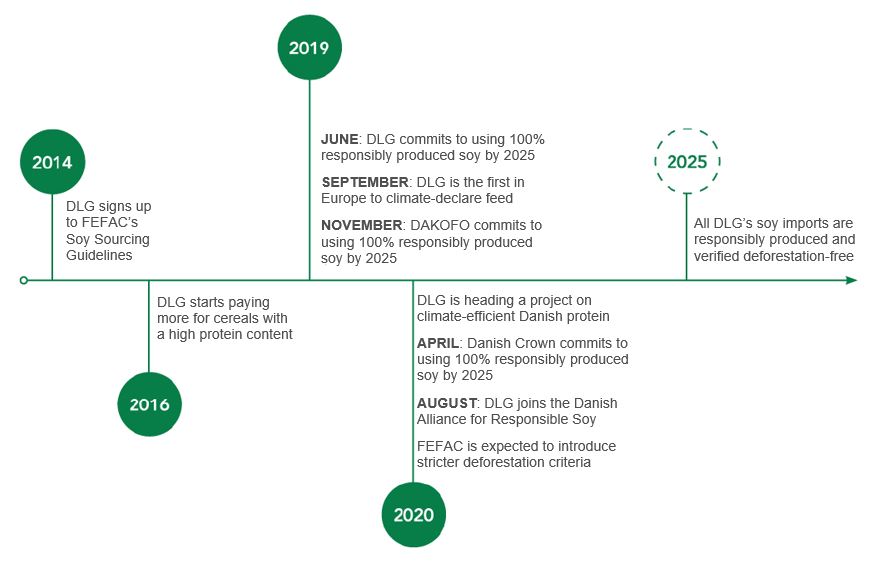 The way to sustainable soy

Soy has been a controversial commodity for many years, especially as parts of soy production have unfortunately caused negative environmental impacts in the form of deforestation in some parts of South America and the ensuing consequences for the climate and biodiversity.
With our soy policy, at DLG we are working to stop deforestation and instead increase the production of sustainable soy.

At DLG, we believe that the right way forward is to bring about real and lasting change in the countries where soy is produced. It is a transition that will take time, but this is the only way that we can really shift soy production in a more sustainable direction. We believe that lasting change can be brought about by increasing the demand for sustainable soy, so that more producers recognise the potential in converting to a more sustainable form of production. 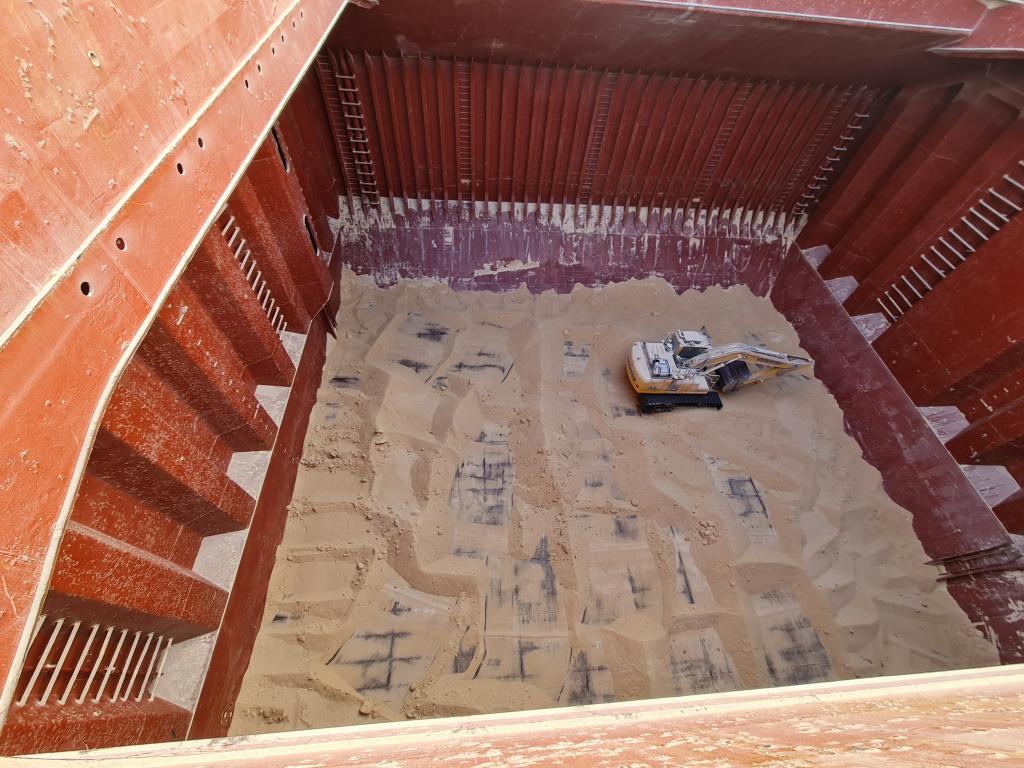 The EU imports approx. 31 million tonnes of soy every year, or approx. 12.5% of the global production of soybean meal and soybean cake.
As mentioned earlier, Denmark accounts for 1.7 million tonnes, or 5% at EU level. Therefore, it is also extremely important that Denmark works within the EU to create a joint European solution, as doing so can achieve far more than what DLG can do on its own.
Because Denmark buys such a small percentage of the world’s total soy production, DLG supports the work of FEFAC to promote sustainable soy. Through FEFAC, we speak with a strong European voice, and can thereby push for more responsibility in production. We believe that this is the most viable solution – also in the long term.
At the same time, we are actively working for FEFAC to make the deforestation criteria even stricter. Work is under way right now, and FEFAC’s ambition is for these criteria to be in place by the end of 2020 or early 2021.
Furthermore, it is worth mentioning that DAKOFO Chairman Asbjørn Børsting has been elected president of FEFAC, which we expect will strengthen Danish views at a European level.
However, also at the political level, we need to create a common European solution to avoid unfair competitive conditions for the Danish farmers who are our owners.

In future, a larger share of the protein crops used for livestock feed in Denmark will be produced in Denmark. In this way, we will be able to replace some of the soy imports with Danish-produced protein.
Therefore, in 2016, DLG was the first Danish agricultural company to start paying farmers more for producing cereals with a higher protein level. And at Sejet Planteforædling, we employ some of Europe’s top experts within the field of plant breeding, who are working to develop crops with a higher protein content.
In addition, DLG has teamed up with two other cooperatives – Danish Agro and DLF – to establish a protein plant in West Jutland that will produce grass protein with a strong environmental and climate profile. The long-term goal is to replace some of the soy that we currently import for use in livestock feed with Danish-produced grass protein.
See DLG’s official action plan for responsibly produced and deforestation-free soy.
Forside DLG Group Sustainability Sustainable soy
Tilbage til top